Story on Unity Is Strength 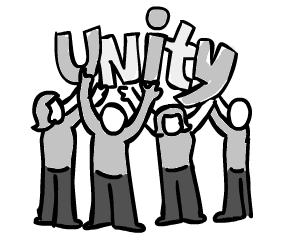 Once upon a time, there was an old farmer. He lived in a small village with his wife and three sons. The three sons always quarreled with one another. This is why the farmer was very anxious about their future. One day he hit upon a plan to teach them a good lesson. The fanner called all of them to his bedroom and accordingly, they appeared before him. Then the farmer asked them to bring a bundle of sticks. They complied with his orders. The farmer then asked them to break the bundle of sticks. Everybody tried hard but no result. Then the farmer asked them to untie the bundle and gave each of them a stick to break. This time they easily broke the stick. Then the farmer made a comment that united we stand and divided we fall. After that, they quarreled no more.

A farmer had three sons. They always quarreled. This made the farmer unhappy. He tried to bring them to their senses but failed. At last, he hit upon a plan. He called all his sons and asked them to bring a bundle of sticks.

Then the farmer told his sons, “If you live together, nobody can harm you and if you are separate. anybody will break you like the single broken sticks.”

Once there lived an old farmer in a certain village. He had three sons. They always quarreled with each other. One day the farmer called his sons with three sticks and a rope. The sons came with three sticks and a rope. The farmer bound the sticks tight. Then he told his sons to break the bundle. The sons tried hard but could not break the bundle. Then the farmer unbound the bundle. He told his sons to take one stick. They did so. After that, he told them to break the sticks. The sons broke their sticks without any delay. The old farmer told the sons not to quarrel. He told them to be united if they did not want to be harmed by others.