Ghior.com 🏠 » Story » Story on The Wolf and The Crane

Story on The Wolf and The Crane 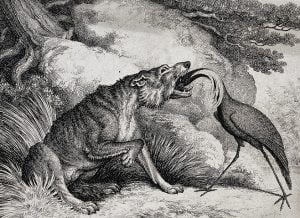 The Wolf and The Crane

One day a wolf had a bone stuck in his throat. He felt much pain. The wolf requested everyone he met to take out the bone. But no one helped him. They were afraid of the wolf. At last, he saw a crane. He ran to him and told everything. The crane demanded prize. The wolf agreed. The crane put his long beak into the wolfs mouth. Then he pulled the bone out of his throat. The wolf felt relief and was about to go. May I have my prize sir?” asked the crane. “Prize! Ha! Ha! “growled the wolf. ” Thank yourself that you have got your neck out safe from my throat,” said the wolf and went away.